Set in mid-1800s industrial Manchester, the story is both a romance and a political commentary on the working classes vs. the wealthy owners of industry. Where the two parts of the tale meet, the ... Ler crítica na íntegra

Essential elements are all present for a good melodrama, namely, a murder, love misunderstood, moral dilemmas, last minute repentance and salvation. Yep, it is all happening in Manchester, England in ... Ler crítica na íntegra

Página 418 - Touch us gently, Time ! Let us glide adown thy stream Gently, — as we sometimes glide Through a quiet dream ! Humble voyagers are We, Husband, wife, and children three — (One is lost, — an angel, fled To the azure overhead ! ) Touch us gently, Time ! We've not proud nor soaring wings : Our ambition, our content Lies in simple things. Humble voyagers are We, O'er Life's dim unsounded sea, Seeking only some calm clime : — Touch us gently, gentle Time ! EBENEZER ELLIOTT.
Aparece em 126 livros desde 1832-2001
Página 8 - We're their slaves as long as we can work ; we pile up their fortunes with the sweat of our brows, and yet we are to live as separate as if we were in two worlds ; ay, as separate as Dives and Lazarus, with a great gulf betwixt us : but I know who was best off then,'' and he wound up his speech with a low chuckle that had no mirth in it.
Aparece em 59 livros desde 1848-2005
Mais
Página 189 - No education had given him wisdom; and without wisdom, even love, with all its effects, too often works but harm. He acted to the best of his judgment, but it was a widely-erring judgment. The actions of the uneducated seem to me typified in those of Frankenstein, that monster of many human qualities, ungifted with a soul, a knowledge of the difference between good and evil.
Aparece em 47 livros desde 1849-2006
Página 361 - FEAR no more the heat o' the sun Nor the furious winter's rages ; Thou thy worldly task hast done, Home art gone, and ta'en thy wages : Golden lads and girls all must, As chimney-sweepers, come to dust. Fear no more the frown o...
Aparece em 1158 livros desde 1801-2008
Página 235 - Fantastic passions! maddening brawl! And shame and terror over all! Deeds to be hid which were not hid, Which all confused I could not know Whether I suffered, or I did: For all seemed guilt, remorse or woe, My own or others still the same Life-stifling fear, soul-stifling shame.
Aparece em 183 livros desde 1816-2007
Página 318 - A WET sheet and a flowing sea, A wind that follows fast And fills the white and rustling sail And bends the gallant mast; And bends the gallant mast, my boys. While like the eagle free Away the good ship flies, and leaves Old England on the lee. O for a soft and gentle wind...
Aparece em 501 livros desde 1817-2008
Página 139 - Mary, canst thou wreck his peace, Wha for thy sake wad gladly die? Or canst thou break that heart of his, Whase only faut is loving thee ? If love for love thou wilt na gie, At least be pity to me shown ! A thought ungentle canna be The thought o
Aparece em 346 livros desde 1800-2008
Página 204 - While the men had stood grouped near the door, on their first entrance, Mr. Harry Carson had taken out his silver pencil, and had drawn an admirable caricature of them — lank, ragged, dispirited, and famine-stricken. Underneath he wrote a hasty quotation from the fat knight's well-known speech in Henry IV.
Aparece em 23 livros desde 1844-2003
Página x - Whether the bitter complaints made by them, of the neglect which they experienced from the prosperous — especially from the masters whose fortunes they had helped to build up— were well-founded or no, it is not for me to judge.
Aparece em 31 livros desde 1803-2006
Página 154 - THE MAID'S LAMENT. I loved him not ; and yet now he is gone I feel I am alone. I check'd him while he spoke ; yet could he speak Alas ! I would not check. For reasons not to love him once I sought, And wearied all my thought To vex myself and him : I now would give My love could he but live Who lately lived for me, and when he found Twas vain, in holy ground He hid his face amid the shades of death. I waste for him my breath Who wasted his for me : but mine returns, And this...
Aparece em 150 livros desde 1834-2008
Menos

Elizabeth Cleghorn Gaskell, née Stevenson (29 September 1810 – 12 November 1865), often referred to simply as Mrs Gaskell, was a British novelist and short story writer during the Victorian era. Her novels offer a detailed portrait of the lives of many strata of society, including the very poor, and as such are of interest to social historians as well as lovers of literature. 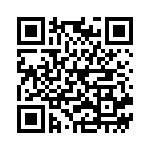