AR and VR powered by mobile Phones with neural processors in them, it’s not Blockchain but the uses of the underlying technology of blockchain. Bitcoin, guess what, proves it can be used for coins ... Ler crítica na íntegra

Individual car ownership enjoyed over a century of ascendency. The first real threat it faced, today's ride-sharing model, only showed up in the last decade. But that ride-sharing model won't even get ... Ler crítica na íntegra

Peter H. Diamandis is a New York Times bestselling author and the founder of more than twenty high-tech companies. He is the founder and executive chairman of the XPRIZE and executive founder of Singularity University, and the cofounder of Human Longevity, Inc., Celularity and Bold Capital Partners. Diamandis attended MIT, where he received his degrees in molecular genetics and aerospace engineering, and Harvard Medical School, where he received his MD. In 2014 he was named one of “The World’s 50 Greatest Leaders” by Fortune magazine.

Steven Kotler is a New York Times bestselling author, award-winning journalist, and the founder and executive director of the Flow Research Collective. His books include Stealing Fire, Bold, The Rise of Superman, Abundance, A Small Furry Prayer, Tomorrowland, West of Jesus, and Last Tango in Cyberspace. His work has been nominated for two Pulitzer Prizes, has been translated into more than forty languages, and has appeared in over a hundred publications, including The New York Times Magazine, The Atlantic, Wired, Forbes, and Time. 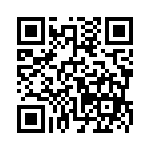