Jules Pretty OBE is Professor of Environment and Society in the Department of Biological Sciences at the University of Essex, UK, and Chief Editor of the International Journal of Agricultural Sustainability. His books include Sustainable Agriculture and Food (4 vols, ed, 2007), Environment (4 vols, ed, 2006), The Earthscan Reader in Sustainable Agriculture (2005, ed), The Pesticide Detox (2005), Agri-Culture (2002), The Living Land (1998), Regenerating Agriculture (1995) and Unwelcome Harvest (1991, co-authored). He is a Fellow of the Institute of the Biology and the Royal Society of Arts, and Deputy-Chair of the government's Advisory Committee on Releases to the Environment (ACRE). He received a 1997 international award from the Indian Ecological Society and was appointed A. D. White Professor-at-Large by Cornell University from 2001. In 2006 he received an OBE for services to sustainable agriculture in the UK and overseas. 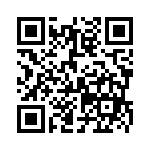