Stephen had a tremendous impact not only on my life, but through me, on the lives of those I had the privilege to lead. It started indirectly, when, after a period of reflection and tough going I ... Ler crítica na íntegra

Good Read but when youre a big reader most things you have read of seen somewhere else. Good for average reader. Ler crítica na íntegra

Recognized as one of Time magazine’s twenty-five most influential Americans, Stephen R. Covey (1932–2012) was an internationally respected leadership authority, family expert, teacher, organizational consultant, and author. His books have sold more than twenty-five million copies in thirty-eight languages, and The 7 Habits of Highly Effective People was named the #1 Most Influential Business Book of the Twentieth Century. After receiving an MBA from Harvard and a doctorate degree from Brigham Young University, he became the cofounder and vice chairman of FranklinCovey, a leading global training firm. 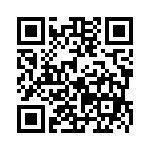