Pįgina 33
There was a wide gulf , however , between the Shakespearean fairies and the fairies of rustic belief . The very diminutive beings of Midsummer Night's Dream , with their acorn cups , their fans of butterfly wings , and torches of the ...
Pįgina 143
“ THE MERRY WIVES OF WINDSOR " About five years after writing Midsummer Night's Dream Shakespeare's mind wandered back to the fairies . But they are not those Lilliputian , immortal flower - and - insect beings which his genius had ...
Pįgina 144
White and green costumes were , it seems , the conventional dress of Elizabethan fairies . ... Almost at once , however , the fairies appear , led by Mistress , Quickly , to the inevitable accompaniment of fairy music . She sings ( v . 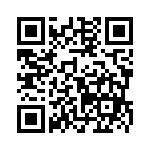