John E. Curran Jr is Associate Professor of English at Marquette University, USA. He is also the author of Roman Invasions: The British History, Protestant Anti-Romanism, and The Historical Imagination in England, 1530-1660. 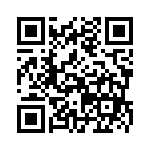