Página 167
So , in Holinshed , The marquesse of Suffolk , as procurator to King Henrie ,
espoused the said ladie in the church of Saint Martins . At the which marriage
were present the father and mother of the bride ; the French king mself that was
uncle to ...
Página 589
But in Holinshed he is named Hun ; and so undoubtedly , or perhaps for softness
, Hune , he would have been called in the original quarto play just mentioned , if
Shakspeare had been the author of it ; for Holinshed and not Hall was his guide ...
Página 590
If Shakspeare had been the author of The First Part of the Contention , & c .
finding in his Holinshed the name Hun , he would either have preserved it , or
softened it to Hune . Working on the old play , where he found the name of Hum ,
which ... 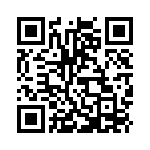