Albert Ramsdell Gurney was born in Buffalo, New York on November 1, 1930. He graduated from Williams College in Massachusetts, served for several years as an officer in the Navy, and then enrolled in the playwriting program at the Yale School of Drama. After graduation, he taught English at a private school and then joined the faculty at the Massachusetts Institute of Technology, where he taught American literature and the humanities until the early 1980s. He was a prolific playwright and an author. His plays included The Dining Room, The Middle Ages, The Cocktail Hour, The Perfect Party, Another Antigone, Love Letters, The Old Boy, Later Life, Labor Day, Far East, Sylvia, The Fourth Wall, O Jerusalem, Mrs. Farnsworth, Screen Play, and Post Mortem. His novels included The Gospel According to Joe, Entertaining Strangers, and The Snow Ball. He died on June 13, 2017 at the age of 86. 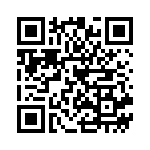