Harry Blatterer received his PhD in sociology at the University of New South Wales. He is a lecturer in the Department of Sociology, Macquarie University, Sydney, where he teaches introductory sociology and a course on modern intimacy. 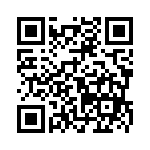