Página 67
Prince of Players is a dark precursor of Shakespeare in Love . The lines of
Romeo and Juliet thread through the film , from Booth ' s first encounter with his
Juliet , Mary Devlin ( Maggie McNamara ) , soon to be his wife , to his quoting
Juliet ' s ...
Página 134
Shakespeare in Love survives some of its earlier lapses into anachronism , such
as the silly 1970 ' s trip to the shrink , which trades on self - congratulatory
recognitions on the part of members of the audience , to move into a late - 1990 '
s ...
Página 135
Shakespeare in Love benefits from its not having a happy ending . Unlike the
examples I give or almost any other instance in the genre ( with the possible
exception , of course , of Love ' s Labour ' s Lost ) the two young lovers don ' t end
up ...

The Author: H. R. Coursen has published seventeen books on Shakespeare, twenty-one novels, and thirty books of poetry. A fighter pilot in the U.S. Air Force, he became a member of Veterans for Peace as the war in Vietnam developed. He teaches at Embry-Riddle Aeronautical University and the University of Maine at Augusta. A poll in 1996 by Penn State University named him one of the 25 «master teachers of Shakespeare during the twentieth century». 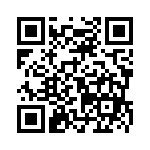