Madison's excellent notes from the Convention. The basic source for primary source work on the debates over the Constitution. Ler crítica na íntegra

James Madison, the fourth president of the United States, was born at Port Conway, Virginia. He was raised on a large family farm, called Montpelier, which remained his home throughout his life. After receiving a boarding school education, he entered the College of New Jersey (now Princeton University), from which he graduated in 1771. In 1776, Madison was elected a delegate to the Virginia Revolutionary Convention, where he was a strong advocate of religious freedom. He then became a Virginia legislator. As delegate to the Constitutional Convention of 1787, he became the chief architect of the U.S. Constitution and, later, of the Bill of Rights. Madison served in the first Congress from 1789 to 1797, rising to the position of Speaker of the House. In 1801, he became Secretary of State in the administration of Thomas Jefferson, and in 1809, he was elected president. Madison's insights on the nature of politics and the operations of government are as relevant today as they were in his time. His journals provide our principal source of knowledge about the Constitutional Convention of 1787. He also shared the authorship of "The Federalist Papers" (1787-88), arguably the most significant American contribution to political theory, with Alexander Hamilton and John Jay. His insights into political behavior (such as Federalist paper number 10 on the subject of factions) and the nature of government (Federalist papers numbers 39 and 51 on the allocation of power) continue to be useful for those who seek to write constitutions for new governments today. 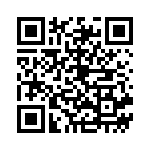