Página 196
After the congregation was dismissed , the solemnity increased more and more ;
the greater part of the multitude , and all the ministers , except one who was sick ,
tarried at the meeting - house all night . The ministers were all employed , the ...
Página 344
And it is a privilege of the People now to hear the Ministers of Christ , as well as a
privilege of the Ministers of Christ to ... lip an able and faithful Minister , and
furnish him with his richest gifts and graces , and send him among them , to open
...
Página 393
The ministers who engaged in prayer and exhora tation were Dr . Haweis , Mr .
Collier , Mr . Cooke , Dr . Kemp , Mr . Ball , Mr . Bogue , and Mr . R . Hill , who
closed the solemnity . A great number of ministers assisted in the distribution of
the ... 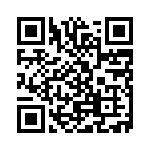