Página vii
The Evangelical Next Door: “If Everyone Were like Ned Flanders, There'd Be No Need for Heaven.” 46 4. The Church and the Preacher: “We Don't Have a Prayer!” 70 5. Heaven, Hell, and the Devil: “I'd Sell My Soul for a Donut!” 93 6.
Página 2
By the 1990s there were more than a thousand Simpsons Web sites in cyberspace. In July 2007 came the long-awaited feature film. “Our greatest hope is the movie winds up inspiring a lot of new audiences to actually come to the show,” ...
Página 10
Since very little of what appears on television and in the movies is there by accident, I wanted to know why religion was treated the way it was. Mike Scully, at the time the series' executive producer and “show-runner,” explained to me ...
Página 11
15 The accolades have continued to pour in: Christian humor magazine The Door said, “There is more spiritual wisdom in one episode of The Simpsonsthan there is in an entire season of Touched by an Angel.”16 David Dark, writing in the ...
Página 12
There are Web sites devoted to religion in the series and to Springfield's pastor, Reverend Lovejoy, yet I suspect that even most of these fans have not noticed the consistent fabric of belief that the show's writers and producers have ...
Próximo »

The gospel according to the Simpsons: bigger and possibly even better! edition with a new afterword exploring South park, Family guy, and other animated TV shows

Página 3 - smarter, sharper and more allusive than any other show on television." 3 Robert Thompson, founding director of the Center for the Study of Popular Television at Syracuse University...
Aparece em 21 livros desde 1991-2008
Página 6 - Bush told the National Religious Broadcasters in 1992, "We need a nation closer to the Waltons than the Simpsons." Not to be outdone, Bart responded in an episode that followed three days later. The segment featured the family watching the president's attack on them on TV^ puzzled. Noting the sharp economic downturn attributed to the Bush administration, Bart cracked, "We're just like the Waltons. We're praying for an end to the depression too.
Aparece em 6 livros desde 2001-2007

Mark I. Pinsky is the author of The Gospel according to The Simpsons (with Samuel Parvin), The Gospel according to Disney, and A Jew among the Evangelicals. His writing has also appeared in the Los Angeles Times, New York Times, and the Columbia Journalism Review. He appears frequently in national media discussing religion and culture. 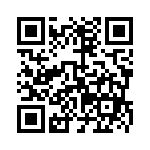