Página 41
Thus if it is a theorem , it is a nontheorem , which means that the system contains
a contradiction and is therefore inconsistent . If it is not a theorem , by contrast ,
there is no contradiction . But the proposition ' s nontheoremhood is what it ...
Página 62
This sinister essentialism defines , and therefore delimits and in a sense contains
or controls , the menacing Other , reducing Blacks to their big lips ( or penises ) ,
Jews to their noses , or cripples to their infirmity . Once we " recognize " them ...
Página 137
70 Unlike the ballad ' s title , the title of Joyce ' s novel does not have an
apostrophe , allowing for the essential pun on “ wake ” ( as verb and noun ) , a
pun echoed in the name “ Finnegan " , which contains both “ fin ” and " again , ”
both an ... 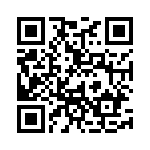