Colin M. Turbayne was a professor of philosophy at the University of Rochester. He is the author of The Myth of Metaphor and has edited several of Berkeley’s works. 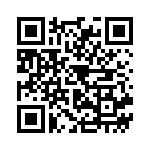