Virgil, born in 70 B.C., is best remembered for his masterpiece, "The Aeneid." He earned great favor by portraying Augustus as a descendant of the half-god, half-man Aeneas. Although Virgil swore on his deathbed that "The Aeneid" was incomplete and unworthy, it has been considered one of the greatest works of Western literature for more than two thousand years.
In his lifetime, John Dryden gained fame at the cost first of gossip and scandal and then of suspicion and scorn. He wrote to order, currying favor with the Crown and repeatedly savaging its enemies. Yet the finest works of his political and spiritual imagination- "Absalom and Achitophel" and "The Hind and the Panther"-develop the themes of envy, ambition, and misdeed in ways that far transcend their era. During the Glorious Revolution, Dryden fell from patronage and favor: he then transformed himself into perhaps the greatest of English translators, a superb interpreter of Virgil and Horace, Juvenal and Persius, Boccaccio and Chaucer. 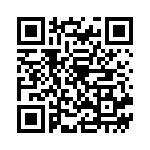