Página 20
NUMBER . Number is the consideration.of an object , as one or more . Substantives are of two numbers , the singu . lar and the plural . The singular number expresses but one object ; as , a chair , a table . The plural number significs ...
Página 85
Hope is a common substantive of the third persson , in the singular number , and the nominative case . ( Decline the Substantive . ) Animates , is a regular verb active , indicative mood , present tense , third person singular .
Página 106
He is a personal pronoun , of the third person , singular number , and masculine gender . Who is a relative pronoun , which has for its antecedent “ he , ” with which it agrees in : gender and number , according to RULE VI , which says ... 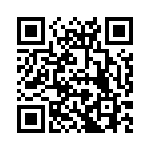