GUINNESS WORLD RECORDS (GWR) is the universally recognized global authority on record-breaking achievement. First published in 1955, the annual GUINNESS WORLD RECORDS book has gone on to become one of the best-selling titles of all time, with 2.8 million copies sold in 2013. Since its launch nearly 60 years ago over 132 million copies – and 3 million e-books - have been sold in 20 languages, in more than 100 countries. The internationally renowned brand is also available across a number of platforms; GUINNESS WORLD RECORDS global television shows are watched by over 750 million viewers annually, over half a million subscribe to the GWR YouTube channel, the global website receives 14 million viewers annually and the brand has over 4 million fans on Facebook. In 2013, OFFICIALLY AMAZING became the registered trademark of Guinness World Records Limited. 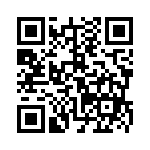