Behe earned a Ph.D. in biochemistry from the University of Pennsylvania. He is currently professor of biological sciences at Lehigh University. Behe's research focuses on the structure and function of chromatin and has been funded by the National Institutes of Health and the National Science Foundation. In his book Darwin's Black Box: The Biochemical Challenge to Evolution (Free Press), Behe argues that the irreducible complexity of cellular biochemical systems shows that they were designed by an intelligent agent. Darwin's Black Box has been reviewed in Science, Nature, New Scientist, National Review, the Wall Street Journal and the New York Times. It was selected as Christianity Today's 1996 Book of the Year. Behe is a member of the Biophysical Society and the American Society for Molecular Biology and Biochemistry. He is also a fellow of the Discovery Institute's Center for the Renewal of Science and Culture. 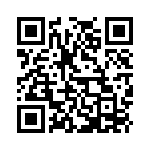