Página 128
Worst in this royal presence may I speak , Yet best beseeming me to speak the
truth ?. 1 In God's name , I'll ascend the regal throne . ] The words actually spoken
by Henry , on this occasion , were as follows : Standing upright , that every one ...
Página 159
Speak it in French , king ; say , pardonnez moy 4 . Duch . Dost thou teach pardon
pardon to destroy ? Ah , my sour husband , my hard - hearted lord , That set'st the
word itself against the word ! Speak , pardon , as ' tis current in our land ; The ...
Página 240
With the Corrections and Illustrations of Various Commentators: Comprehending
a Life of the Poet, and an Enlarged History of the Stage William Shakespeare
James Boswell. as can hold in ; such as will strike sooner than speak , and speak
... 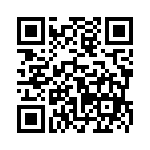