Página 74
In Russia the elegy may be considered a central — or even the centralRomantic
poetic genre . At the dawn of Romanticism , the writer and historian Nikolai
Karamzin wrote , “ The first poetry was elegiac ” ( “ Pervaia Poeziia byla
Elegicheskaia ...
Página 75
Gray ' s “ Elegy Written in a Country Churchyard ” ( “ Sel ' skoe kladbishche :
Elegiia , " 1802 ) . As with the poema , the implied gender norms of the elegy led
women poets to write them differently from men . Boris Tomashevsky observes
that ...
Página 79
Paradoxically , however , these women poets gain from religion what men
elegists , according to Sacks , gain from the funerary elegy , a " consoling
identification with symbolic even immortal figures of power . " 51 One final factor
specific to ...

Diana Greene is Slavic librarian at New York University's Bobst Library. She is the author of Insidious Intent: An Interpretation of Fedo Sologub's The Petty Demon and coeditor, with Toby Clyman, of Women Writers in Russian Literature. 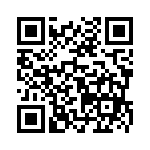