Página 60
To the southward of Balangola shoots off in a northward direction a spur, which
separates in its windings the river Macquarie from the Abercromby. This spur has
been traced for 120 miles: at eighty miles from the chain, its basaltic ridge forms ...
Página 167
Van Diemen's Land, in each 100 winds, receives from the S. W. + S. + S. E.
quarters 17 winds, and from the N. W. + N. + N. E. 68 winds, making the polar to
the equatorial as 1 : 4. New South Wales, at its northerly stations, Port Macquarie
and ...
Página 178
rometrical registers of Port Macquarie, Port Jackson, and Port Philip, began only
so late as 1840, and that the records of that year being incomplete, and the
barometrical observations of the following year being interrupted at Port
Macquarie by ... 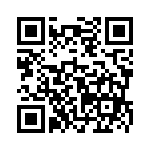