Página 126
I and William Tyler ( colleagues of John A third nephew , William Maids , became
a Shakespeare and John Taylor in the year close friend of Alexander Weble and
his son past ) entered on their second twelvemonth Robert Webbe , the brother ...
Página 127
4d . ; to John Newsom , 28 . , and to Robert teresting family of Shakespeares at
Warwick . Hudson , 20d . The latter was evidently It might have shed light on the
kinship identical with the Robert Hudson , glasyer , between the testator and the ...
Página 264
miller of Henley Street , perilously near the Mistress Elizabeth Watson , sister to
John Shakespeares ; four in the household of Watson , the future Bishop of
Winchester , Robert Billington , four in that of John now Master of the Holy Cross . 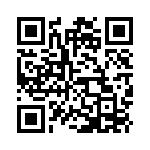