Página 24
Before he left for Christ's College , Cambridge , in February 1625 , he tells us he
was ' instructed in various languages , and had a great taste for the sweetness of
philosophy ' ( Defensio Secunda ) . St Paul's , attached as it was to the cathedral
...
Página 25
Cambridge that he began to have serious doubts . The religious dissensions of
that age were nowhere more acridly argued than in the universities , and the two
were divided against each other and within themselves . The 1620s was a period
...
Página 207
Further Reading Broadbent , J. , John Milton : Introductions ( Cambridge
University Press , Cambridge , 1973 ) Brown , C. C. , Milton's Aristocratic
Entertainments ( Cambridge University Press , Cambridge , 1985 ) Bush , D. ,
English Literature ... 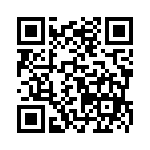