Kristyn Gorton is Lecturer in the Department of Theatre, Film and Television at the University of York. 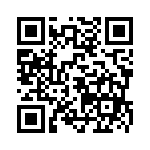