Jason Miller, 1939 - 2001 Jason Miller was born on Long Island City, Queens, New York, but grew up in Scranton Pennsylvania. Miller graduated from St. Patrick's and the Jesuit-run University of Scranton, with a degree in english and philosophy. He received his graduate degree from Catholic University in Washington. After graduation, Miller entertained many odd jobs to make enough money to pay the bills. He worked as a welfare investigator, waiter, truck driver and messenger boy, all the while penning various plays such as, "The Circus Lady," "Perfect Son," and "Lou Gherig Did Not Die of Cancer." When one of his plays finally made it big, Miller was living off of unemployment, but it was the break he needed. After "That Championship Season", Miller went on to act in several other movies and miniseries, but is perhaps best known for his role as the priest in "The Exorcist." Miller won the Pulitzer Prize for his play, "That Championship Season" as well as a Tony Award in 1972. The play was made into a film in 1982, and the play itself was revived in 1999. Miller himself won an Emmy Award for his role in "The Exorcist." Jason Miller died on May 13, 2001 of a heart attack in Scranton, Pennsylvania. He was 62. 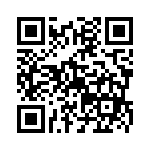