Once stretching from Vienna in the north to Iraq and Yemen in the south, the Ottoman Empire has played an integral role in the history of Eurasia and the Middle East. The dynamics and complexity of ... Ler crítica na íntegra 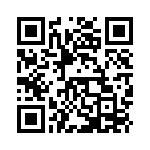