Virgil was born on October 15, 70 B.C.E., in Northern Italy in a small village near Mantua. He attended school at Cremona and Mediolanum (Milan), then went to Rome, where he studied mathematics, medicine and rhetoric, and finally completed his studies in Naples. He entered literary circles as an "Alexandrian," the name given to a group of poets who sought inspiration in the sophisticated work of third-century Greek poets, also known as Alexandrians. In 49 BC Virgil became a Roman citizen. After his studies in Rome, Vergil is believed to have lived with his father for about 10 years, engaged in farm work, study, and writing poetry. After the battle of Philippi in 42 B.C.E. Virgilżs property in Cisalpine Gaul, was confiscated for veterans. In the following years Virgil spent most of his time in Campania and Sicily, but he also had a house in Rome. During the reign of emperor Augustus, Virgil became a member of his court circle and was advanced by a minister, Maecenas, patron of the arts and close friend to the poet Horace. He gave Virgil a house near Naples. Between 42 and 37 B.C.E. Virgil composed pastoral poems known as Bucolic or Eclogues and spent years on the Georgics. The rest of his life, from 30 to 19 B.C., Virgil devoted to The Aeneid, the national epic of Rome, and the glory of the Empire. Although ambitious, Virgil was never really happy about the task. Virgil died in 19 B. C.

Born August 9, 1631 into a wealthy Puritan family, John Dryden received an excellent education at Westminster School and Cambridge University. After a brief period in government, he turned his attention almost entirely to writing. Dryden was one of the first English writers to make his living strictly by writing, but this meant he had to cater to popular taste. His long career was astonishingly varied, and he turned his exceptional talents to almost all literary forms. Dryden dominated the entire Restoration period as a poet, playwright, and all-round man of letters. He was the third poet laureate of England. In his old age Dryden was virtually a literary "dictator" in England, with an immense influence on eighteenth-century poetry. His verse form and his brilliant satires became models for other poets, but they could rarely equal his standard. Dryden was also a master of "occasional" poetry - verse written for a specific person or special occasion. Like most poets of his time, Dryden saw poetry as a way of expressing ideas rather than emotions, which makes his poetry seem cool and impersonal to some modern readers. Dryden also wrote numerous plays that helped him make him one of the leading figures in the Restoration theatre. Today, however he is admired more for his influence on other writers than for his own works. He died on April 30, 1700 in London. 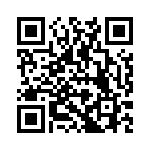