Página 49
Revelation 7.16-17 Des PITE THE VI Go UR of the Tuka movement, it did not
influence adjoining regions, and the next reports of similar outbreaks were to
come from New Guinea, that vast island to the north of Australia, on the west side
of the ...
Página 50
The important point is that, even if external inspiration is lacking, the existence of
similar social situations, with similar social tensions, in entirely separated regions
, might lead to similar results. Conversely, without a fertile soil, ideas imported ...
Página 236
Yet there have been many religious movements led by prophets— the Mahdi in
the Sudan; Joan of Arc; Makana, Nongqause and Umlanjeni in South Africa—
which were not specifically millenarian, but which had a similar political function. 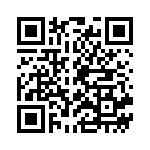