Jan Cohen-Cruz wrote Local Acts: Community-based Performance in the US, edited Radical Street Performance, and, with Mady Schutzman, co-edited Playing Boal: Theatre, Therapy, Activism. She is an associate professor at NYU where she teaches in the Drama and the Art and Public Policy Departments.

Mady Schutzman is author of The Real Thing: Performance, hysteria, and advertising, and co-editor, with Jan Cohen-Cruz, of Playing Boal: Theatre, therapy, activism. She teaches at California Institute of the Arts and is an advisory board member of L.A. Center for Theatre of the Oppressed.

Jan Cohen-Cruz and Mady Schutzman hosted Boal at NYU in 1987-88, brought a group of 20 cultural practitioners to Rio de Janeiro for 3 weeks to study with Boal in 1989, and co-edited Playing Boal: Theatre, therapy, activism in 1994. 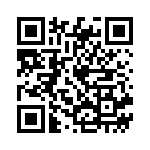