P. Michael Conn is the Senior Vice President for Research and Associate Provost, Texas Tech Health Sciences Center. He was previously Director of Research Advocacy and Professor of Physiology and Pharmacology, Cell Biology and Development and Obstetrics and Gynecology at Oregon Health and Science University and Senior Scientist of the Oregon National Primate Research Center (ONPRC). He served for twelve years as Special Assistant to the President and Associate Director of the ONPRC. After receiving a B.S. degree and teaching certification from the University of Michigan (1971), a M.S. from North Carolina State University (1973), and a Ph.D. degree from Baylor College of Medicine (1976), Conn did a fellowship at the NIH, then joined the faculty in the Department of Pharmacology, Duke University Medical Center where he was promoted to Associate Professor in 1982. In 1984, he became Professor and Head of Pharmacology at the University of Iowa College of Medicine, a position he held for eleven years. Conn is known for his research in the area of the cellular and molecular basis of action of gonadotropin releasing hormone action in the pituitary and therapeutic approaches that restore misfolded proteins to function. His work has led to drugs that have benefitted humans and animals. He has authored or co-authored over 350 publications in this area and written or edited over 200 books, including texts in neurosciences, molecular biology and endocrinology. Conn has served as the editor of many professional journals and book series (Endocrinology, Journal of Clinical Endocrinology and Metabolism, Endocrine, Methods, Progress in Molecular Biology and Translational Science and Contemporary Endocrinology). Conn served on the National Board of Medical Examiners, including two years as chairman of the reproduction and endocrinology committee. The work of his laboratory has been recognized with a MERIT award from the NIH, the J.J. Abel Award of the American Society for Pharmacology and Experimental Therapeutics, the Weitzman, Oppenheimer and Ingbar Awards of the Endocrine Society, the National Science Medal of Mexico (the Miguel Aleman Prize) and the Stevenson Award of Canada. He is the recipient of the Oregon State Award for Discovery, the Media Award of the American College of Neuropsychopharmacology and was named a distinguished Alumnus of Baylor College of Medicine in 2012. He is an elected member of the Mexican Institute of Medicine and a fellow of the American Association for the Advancement of Science. 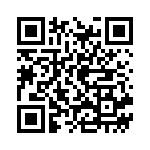