The origin and "spiritual" or allegorical meaning of "Scripture" have never before been so fully and fathfully set forth as by Robert Taylor. If supernaturalists have entirely mistaken this meaning, unbelievers will here see that they have as widely erred in undervaluing it. Ler crítica na íntegra 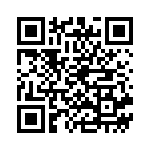