Página 169
CPI: New Age (Indradeep Sinha, editor), Indian-language dailies in Kerala,
Andhra Pradesh, West Bengal, Punjab, and Manipur; CPM: People's Democracy
(M. Basavapunnaiah, editor), Indian-language dailies in Andhra Pradesh, Kerala,
...
Página 502
West Berlin is under the NATO defense umbrella. The 1971 Quadripartite
Agreement, signed by the three powers above and the Soviet Union, confirms
Berlin's special status. It states that West Berlin is not part of the FRG but that it
has links ...
Página 503
In defense, it totally backs Soviet and GDR demands, with party Chairman
Schmitt saying, "We — the Communists of West Berlin — support with all our
strength the peace policy of the Soviet Union, the GDR, and the other socialist
states. 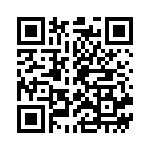