Heywood is a good example of the professional dramatist who worked for Philip Henslowe, the theatrical manager, both as a playwright and an actor. By his own admission, Heywood claimed to have "either an entire hand or at least the main finger" in 220 plays, of which less than 30 survive. His best-known play, A Woman Killed with Kindness (1603), exemplifies domestic tragedy, in which sentiment and homely details are equally mingled. Heywood wrote an eloquent defense of the theater against Puritan attack called An Apology for Actors (1607--08). 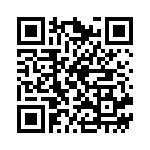