Wonderful book. Informative illustrations and wide coverage of topics. Most topics are covered only briefly and serve more as a starting point than a comprehensive guide. The writing style is personal ... Ler crítica na íntegra

This is the kind of book that was useful before the internet. I'm not sure a reprint was needed. A more clever approach would have been to pare it back and point readers to more exhaustive resources ... Ler crítica na íntegra

John Seymour (1914-2004) was an active campaigner for the countryside, the environment, and above all a sustainable, compassionate way of living. He wrote over 40 books and broadcast widely on television and radio. He practiced what he preached, living a self-sufficient lifestyle on his farm in Wales.

Hugh Fearnley-Whittingstall is a multi-award-winning writer and broadcaster widely known for his uncompromising commitment to seasonal, ethically produced food. His series for Channel 4 and award-winning River Cottage books have earned him a huge popular following. 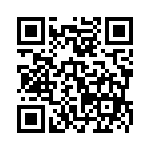