Jonathan Goldberg is the Sir William Osler Professor of English Literature at the Johns Hopkins University. He is the author of Sodometries: Renaissance Texts, Modern Sexualities. 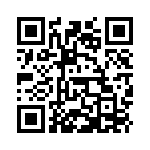