Another of my fav Shakespeare plays. I love to recite the immortal verse 'Is music be the food of love..'You know the rest. Its a fascinating story of unrequited love. Or poor Malvolio, where art thou senses?. Hehehe Ler crítica na íntegra

This has always been one of my favorite Shakespeare plays. I decided to reread it since I will probably teach it this year and I noticed so many more things when I read it for a second time ... Ler crítica na íntegra

William Shakespeare was born in April 1564 in the town of Stratford-upon-Avon, on England’s Avon River. When he was eighteen, he married Anne Hathaway. The couple had three children—their older daughter, Susanna, and the twins, Judith and Hamnet. Hamnet, Shakespeare’s only son, died in childhood. The bulk of Shakespeare’s working life was spent, not in Stratford, but in the theater world of London, where he established himself professionally by the early 1590s. He had a successful career in London as a playwright and actor and was a shareholder in the acting company the Lord Chamberlain’s Men, later known as the King’s Men. He produced most of his plays between 1589 and 1613. Sometime between 1610 and 1613, Shakespeare is thought to have retired from the stage and returned home to Stratford, where he died in 1616.

Paul Westine is a professor of English at King's College and the Graduate School of the University of Western Ontario, Canada. He is general editor of the New Variorum Shakespeare and author of many papers and articles on the printing and editing of Shakespeare's plays. 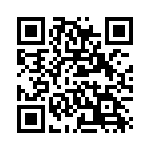