Pįgina 152
Stinks and smoke have three links to plague – two practical , the third symbolic .
The first practical link concerns the plague's supposed etiology . Renaissance
physicians explained plague with theories of miasma and putrefaction in the air .
Pįgina 154
Similarly , the elixir , in the tiniest amount ( “ But taking , once a week , on a knife's
point , / The quantity of a grain of mustard of iť ( II , 1 , 59–60 ] ) , will cure or stave
off the plague , other diseases , and even old age . This concentrated power is ...
Pįgina 155
The Alchemist , in presenting Subtle's plague - like invasion of the city , rehearses
a social threat and records authority's response . I The play inscribes in its action
the authoritative gestures intended to control the spread of plague in the ... 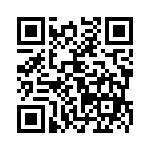