A must read epic poem of Christian (especially Catholic) theology. Do not read it without notations or you will miss quite a bit. Ler crítica na íntegra

Anthony Esolenis a professor of English at Providence College. He is a published poet who has written numerous scholarly articles on Renaissance and medieval literature. He is the author ofPeppers, a book of poetry, and his translations include Lucretius’sDe rerum naturaand Torquato Tasso’sGerusalemme liberata.

Dante Alighieri, the Italian poet whose masterpieceThe Divine Comedyhas exerted a profound influence on Western thought, was born in Florence in May 1265. He entered public life in 1295, later becoming one of the six governing magistrates of Florence. He repeatedly opposed the machinations of Pope Boniface VIII, who was attempting to place all of Tuscany under Papal control, and in 1301 was banished from Florence on trumped-up charges. Dante would never enter his native city again, spending his remaining years with a series of patrons in various courts in Italy. He completedThe Divine Comedyshortly before his death in September 1321. 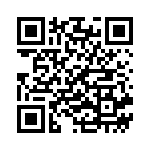