Stephen had a tremendous impact not only on my life, but through me, on the lives of those I had the privilege to lead. It started indirectly, when, after a period of reflection and tough going I ... Ler crítica na íntegra

Good Read but when youre a big reader most things you have read of seen somewhere else. Good for average reader. Ler crítica na íntegra

Stephen R. Covey was born on October 24, 1932, in Salt Lake City, Utah. He received a degree in business administration from the University of Utah, an M.B.A. from Harvard Business School, and a D.R.E. from Brigham Young University. He was a teacher and administrator at Brigham Young University. In 1983, he founded the Covey Leadership Center, a training and consulting concern. He wrote numerous books on leadership, personal and organizational effectiveness, and family and interpersonal relationships. His best known book, The Seven Habits of Highly Effective People: Restoring the Character Ethic, first published in 1989. His other books include Principle Centered Leadership; First Things First: To Live, to Love, to Learn, and to Leave a Legacy; Daily Reflections for Highly Effective People; Seven Habits of Highly Effective Families; The 8th Habit: From Effectiveness to Greatness; and The 3rd Alternative. He received the Thomas More College Medallion and the Utah Symphony Fiftieth Anniversary Award in 1990, and the McFeely Award of the International Management Council for contributions and service in 1991. He died from injuries sustained in a bicycle accident on July 16, 2012 at the age of 79. 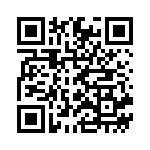