Página 74
scene , the audience learns from Joan ' s brother , the Clown , that his sister is
pregnant as the result of a strange sexual encounter : CLOWN . Away , follow me
no further , I am none of thy brother , what with Childe , great with Childe , and ...
Página 150
However , Lord Talbot ' s death is not the result of Joan ' s influence but of English
dissension , and although Joan uses the word scourge to refer to herself once , it
is three times applied to Talbot , the later Earl of Shrewsbury ( A . L . French ...
Página 348
The Conception, Presentation and Functions of Witches in English Renaissance
Drama Dietmar Tatzl. sized Joan ' s classical background : “ Shine It like a Comet
of Revenge ' : Seneca , John Studley , and Shakespeare ' s Joan la Pucelle ” . 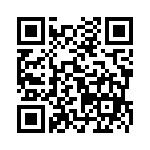