Página 5
Stefani, then formed an alliance with Havas for the international news, covered
news from the borders of the Reign of Italy and had subscribers and
correspondents in the other Italian states: Florence, Milan, Parma, Bologna, and
Rome.
Página 122
Based on reports from ITAR-TASS correspondents in Russia, wired online round-
the-clock and in real time. Volume: 40 Kb. RELIGION NEWS: Traditional
confessions, state-church relations, charity, religious holidays, public statements
of ...
Página 242
Ukrinform The Ukrainian National News Agency (Ukrinform), successor of the
UTA, BUP, UkTa, RATAU, with over its 85-years history, has a network of its own
correspondents and photo correspondents in all Ukrainian administrative regions
.

K. M. Shrivastava is a professor of news agency journalism at the Indian Institute of Mass Communication in New Delhi and a former visiting scholar at the University of Canberra. He is the author of several books, including Media Ethics from Veda to Gandhi and Beyond, Media Issues, and News Reporting and Editing. 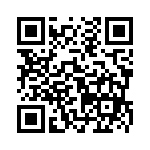