Michael Gelven is Presidential Research Professor of Philosophy at Northern Illinois University. He has published many books, two of them with Penn State Press, including Truth and Existence (1991) and War and Existence (1994). 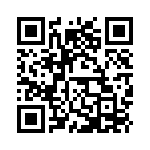