Eleanor Cook is Professor of English at the University of Toronto. She is the author, most recently, of Poetry, Word-Play, and Word-War in Wallace Stevens. 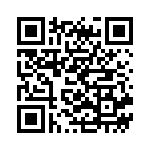