Teresa Godwin Phelps is Professor of Law and Director of the Legal Writing Program at the University of Notre Dame. 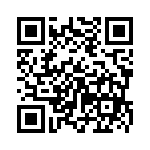