P. Michael Conn is the Senior Vice President for Research and Associate Provost, Texas Tech Health Sciences Center. He is The Robert C. Kimbrough, Professor of Internal Medicine and Cell Biology/Biochemistry. He was previously Director of Research Advocacy and Professor of Physiology and Pharmacology, Cell Biology and Development and Obstetrics and Gynecology at Oregon Health and Science University and Senior Scientist of the Oregon National Primate Research Center (ONPRC). He served for twelve years as Special Assistant to the President and Associate Director of the ONPRC. After receiving a B.S. degree and teaching certification from the University of Michigan (1971), a M.S. from North Carolina State University (1973), and a Ph.D. degree from Baylor College of Medicine (1976), Conn did a fellowship at the NIH, then joined the faculty in the Department of Pharmacology, Duke University Medical Center where he was promoted to Associate Professor in 1982. In 1984, he became Professor and Head of Pharmacology at the University of Iowa College of Medicine, a position he held for eleven years. Conn is known for his research in the area of the cellular and molecular basis of action of gonadotropin releasing hormone action in the pituitary and therapeutic approaches that restore misfolded proteins to function. His work has led to drugs that have benefitted humans and animals. Most recently, he has identified a new class of drugs, pharmacoperones, which act by regulating the intracellular trafficking of receptors, enzymes and ion channels. He has authored or co-authored over 350 publications in this area and written or edited over 200 books, including texts in neurosciences, molecular biology and endocrinology. Conn has served as the editor of many professional journals and book series (Endocrinology, Journal of Clinical Endocrinology and Metabolism, Endocrine, Methods, Progress in Molecular Biology and Translational Science and Contemporary Endocrinology). Conn served on the National Board of Medical Examiners, including two years as chairman of the reproduction and endocrinology committee. The work of his laboratory has been recognized with a MERIT award from the NIH, the J.J. Abel Award of the American Society for Pharmacology and Experimental Therapeutics, the Weitzman, Oppenheimer and Ingbar Awards of the Endocrine Society, the National Science Medal of Mexico (the Miguel Aleman Prize) and the Stevenson Award of Canada. He is the recipient of the Oregon State Award for Discovery, the Media Award of the American College of Neuropsychopharmacology and was named a distinguished Alumnus of Baylor College of Medicine in 2012. Conn is a previous member of Council for the American Society for Cell Biology and the Endocrine Society and is a prior President of the Endocrine Society, during which time he founded the Hormone Foundation and worked with political leadership to heighten the public’s awareness of diabetes. Conn’s students and fellows have gone on to become leaders in industry and academia. He is an elected member of the Mexican Institute of Medicine and a fellow of the American Association for the Advancement of Science. He is the co-author of The Animal Research War (2008) and many articles for the public and academic community on the value of animal research and the dangers posed by animal extremism. His op/eds have appeared in The Washington Post, The LA Times, The Wall Street Journal, the Des Moines Register, and elsewhere. Conn consults with organizations that are influenced by animal extremism and with universities and companies facing challenges from these groups.

Dr. Finch’s major research interest is the study of basic mechanisms in human aging with a focus on inflammation. He has received numerous awards in biomedical gerontology, including the Robert W. Kleemeier Award of the Gerontological Society of America in 1985, the Sandoz Premier Prize by the International Geriatric Association in 1995, and the Irving Wright Award of AFAR and the Research Award of AGE in 1999. He was the founder of the NIA-funded Alzheimer Disease Research Center in 1984 and currently serves as co- Director.

Dr. Finch became a University Distinguished Professor in 1989, an honor held by sixteen other professors at USC who contribute to multiple fields. He is a member of five editorial boards and has written four books including The Biology of Human Longevity (Academic Press 2007) as well as over 470 articles. 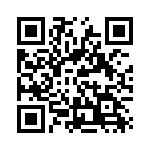