Charles Nicholl has written two travel books, The Fruit Palace and Borderlines; a study of Elizabethan alchemy, The Chemical Theatre, and a biography of the pamphleteer Thomas Nashe, A Cup of News. He has also written a reconstruction of Sir Walter Ralegh's search for El Dorado, The Creature in the Map, and Somebody Else, which won the 1998 Hawthornden Prize. His work has appeared in Granta, Rolling Stone and the Independent. 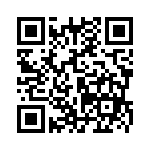