THE MAKING OF THE POETS: Byron & Shelley in Their Time

The making of the poets: Byron and Shelley in their time

Ian Gilmour has been a barrister, journalist, politician and writer. He edited the Spectator from 1954 to 1959; he was a Conservative M. P. from 1962 to 1992, and is now in the House of Lords. He was Secretary of State for defence in Edward Heath's government, and Lord Privy Seal and Deputy Foreign Secretary at the beginning of Mrs Thatcher's. His previous books include Riots, Risings And Revolution; Dancing With Dogma, an analysis of Britain under Thatcherism; Britain Can Work, an examination of laissez-faire economics; and The Body Politic, an historical account of the British constitution. 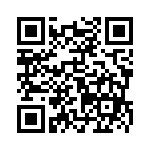