Página 40
MAHARAL : What's wrong ? REBBETSIN : The Golem just spoke . MAHARAL :
Don't be ridiculous . You must be imagining it . REBBETSIN : I just heard him .
MAHARAL : That's impossible . Only God gives the power of speech . GOLEM :
Even ...
Página 41
REBBETSIN : Judah , what's wrong with him ? MAHARAL : Are you still willing to
obey us in all matters ? GOLEM : Yes . MAHARAL : Are you still here as our
defender ? GOLEM : Yes . MAHARAL : Nothing is wrong with him . God has
granted ...
Página 95
SERACH : You might get it wrong . I'd hate to have to sue you for malpractice .
DOCTOR : I never get anything wrong . Not when it's within my field . SERACH : If
you're such an expert , why don't you cure him ? DOCTOR : My dear lady , curing
...

Edward Einhorn is the author of PARADOX IN OZ and THE LIVING HOUSE OF OZ (Hungry Tiger Press), the upcoming picture book A VERY IMPROBABLE STORY (Charlesbridge) and numerous plays produced in New York City. He also serves as the Artistic Director of Untitled Theater Company #61. He was the curator of Untitled Theater's 24/7 Festival and their Ionesco Festival (the first-ever festival of Ionesco's plays). He recently directed and co-wrote the critically acclaimed Off-Broadway play FAIRY TALES OF THE ABSURD, which The New York Times called "almost unbearably funny. 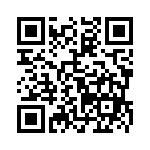