Página 6
(Radio Luanda, 18 January; FBIS, 21 January.) Immediately thereafter, the
eleventh ordinary session of the People's Assembly opened on 23 January and
engaged in its usual formalistic activities on the budget. The party was reported to
have ...
Página 104
"familiar and sordid catalogue of widespread disen- franchisement, multiple
voting, ejection of polling agents, threats, intimidation, violence, and collusion by
police and army personnel." (Caribbean Insight, January.) Days after the election,
...
Página 578
(LAT, 27 January; NYT, 30 January.) The party wrenched "victory" from the jaws
of defeat, not only by claiming credit for Soares's triumph in the second election,
but also by making use of the change of leadership in the socialist party to
resume ... 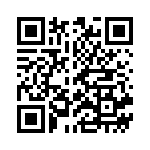